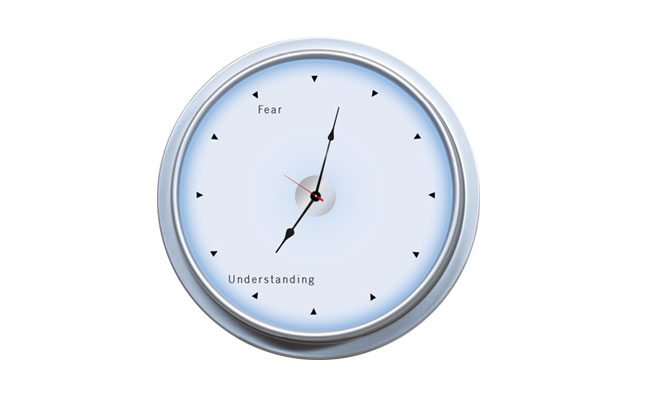 As soon as we are born, fear becomes an essential part of our lives. A mild persecution complex develops. Fear is induced through certain events, by the people around us, through their actions and knowledge, be it warranted or not, conscious or unconscious.

Punishment is introduced, usually as early as possible, not as retribution but as a means of prevention. Maintaining fear in some, so as to eliminate it in others. If I were a lawmaker, would I criminalize stealing or killing because I thought they were immoral? Maybe, but that would not be my primary concern. If I cannot steal from others nor kill someone, that means that I cannot be killed and no one can steal from me. Self-preservation above all else. This might be viewed as constructive or necessary, an implicit side of human nature, making things easier. It also provides certain oppurtunities to capitalize on people’s fear.

In 2005, Gallup conducted an open-ended poll1, asking U.S. citizens between the ages of 13 and 17 what they feared the most. The top 10 fears were (in descending order): terrorist attacks, spiders, death/dying/being killed, not succeeding in life/being a failure, war, heights, crime/criminals/gang violence, being alone, the future/real world and nuclear war. What can be observed is the fact that most of these fears are socially or politically constructed and/or maintained and are used to justify many actions in day-to-day life. Dread becomes an inherent part of maturity, a rite of passage into adulthood; i.e. a way to project reality and shape ideology.

Fear is both the main tool and goal of oppresive power. A widespread cultural custom comes to mind, which many of us grow up with: Christmas. Depending on the region you live in, either Santa Claus, Jesus or an angel will come bearing gifts if you are good. If you are not good, instead of presents you get branches from a tree, with which your parents can discipline you. A holiday, supposedly about love, joy and birth, turns into one of terror. The ever-present anxiety of corporal punishment due to misbehaving is used to impose respect, in lieu of gaining it. Authoritarianism is introduced at an early age, so peace can be maintained, to accustom the young to social conventions.

There is another way to use fear to cement one’s power. Not by inducing fear in others, but by exacerbating pre-existing fears. Dwight D. Einsenhower’s farewell address comes to mind. His final public speech, delivered in 1961, warned US citizens about the influence of the military-industrial complex: `In the councils of government, we must guard against the acquisition of unwarranted influence, whether sought or unsought, by the military-industrial complex. The potential for the disastrous rise of misplaced power exists and will persist.’2 The possibilty of a threat can be – and is - used to introduce a state of exception, to increase surveillance, to expand the powers that be. The threat of terrorism, cyberterrorism, of organized or virtually any form of criminal activity, is used to gain political or social capital, and to justify increased government and military oversight in public affairs, breaches of privacy and political crime.

Groups like neighbourhood watches or gated communities have emerged to provide a sense of security. Citizens surrender certain freedoms for the promise of protection, sometimes with horrible consequences, thereby creating the very thing they tried to avoid: a source of anxiety. Citizens take the role of a form of authority, while others voluntarily submit themselves to it. Relinquishing certain rights or freedoms for security is not a new concept. It has paved the way for many similar affairs. Hermann Göring explains how this can be done:

The people don’t want war, but they can always be brought to the bidding of the leaders. This is easy. All you have to do is tell them they are being attacked, and denounce the pacifists for lack of patriotism and for exposing the country to danger. It works the same in every country.3

In the culture of fear not only social or political measures are used to incite fear; religious measures are used as well. The numinous experience was and still is used by some to create a Panopticon-like structure. `God’, being ever-present and ever-seeing, observes us from above, while we believe, but do not know for certain, if he is there. Using servile and filial fear as motivation, believers behave in a certain way in order to receive the promised eternal protection. A very important issue arises here. The biggest difference between religious oppresion and most other forms of punitive governing is `free will’, which creates an illusion of freedom. Also, `God’ never turns his back on us. He will grant you forgiveness, however late. Although a very discriminatory and vengeful image is painted, these illusionary constructs leave little room for questions and doubts,and appeal to emotion rather than reason. Miran Božovič explains the effectiveness of the Panopticon thus:

The fear of ghosts [in this case the warden of the panopticon, or God] is perhaps the purest example of how an imaginary nonentity owes its real effects to its ontological status as a fiction; if ghosts were not fictitious, if they were really existing entities, then they would either not have any effect at all, or they would have different effects.4

Social anxiety has been intensified by sousveillance greatly. The thought that any misstep can be recorded by an active or passive participant in a particular activity and put on display via social media creates and further maintains the terror of an identity being generated for us rather than by us. This might be done consciously to humiliate someone or to create a topic of discussion, or can be done with documentary intent. An infinite loop of destructive self-doubt is created, leading to persecutory delusions, but to some extent justifiable. In Joseph Heller’s Catch 22 there is a dialogue between Yossarian and Clevinger which illustrates this double standard infused with paranoia:

“They’re trying to kill me,” Yossarian told him calmly.

“No one’s trying to kill you,” Clevinger cried.

“Then why are they shooting at me?” Yossarian asked.

“They’re shooting at everyone,” Clevinger answered. “They’re trying to kill everyone.”

“And what difference does that make?”5

A problem appears. Freud explained in Civilization and Its Discontents that we have an unconscious need for punishment, which is an `instinctual manifestation on the part of the ego, which has become masochistic under the influence of the sadistic super-ego’.6 Before we try to defeat any external oppresive power, we must examine ourselves. The inherent need for punishment, the thought that we deserve what we get, has to be considered. Freud goes on to say that this inherent need for punishment `is a portion, that is to say, of the instinct toward internal destruction present in the [unconscious] ego, employed for forming an erotic attachment to the super-ego’.7 We create pleasure out of received aggresion to deal with the cruel super-ego. The super-ego’s self-aggresion stems from our incapacity, as infants, to fully externalize our biological aggression, so parts of this aggression turn into self-aggression. So, it seems, for us to be able to abolish any form of punitive power, first we must, in some measure, destroy ourselves or come to terms with the masochistic and sadistic parts of our psyche. This is no simple task. It is easier to accept and submit to certain constructs than to abolish them. Getting to a state of being able to raise the questions which generate progress is an extensive endeavour, but interrogation is the most powerful and effective tool anyone has ever had at their disposal to evolve.

Gergő Horváth (b. 1993) is an artist, curator and cultural manager. He studied music and visual arts with a special interest in makeshift politics and DIY social structures. Recently he was the curator of BUCHAREST BIENNALE 6, was exhibited in the “Affluence of the working class from differentiation to collectivism” and curated “100 Hungarian Minutes”. He was invited lecturer at University of Bucharest and Eötvös Loránd University in Budapest, at MA classes. He published several texts in different journals and magazines.