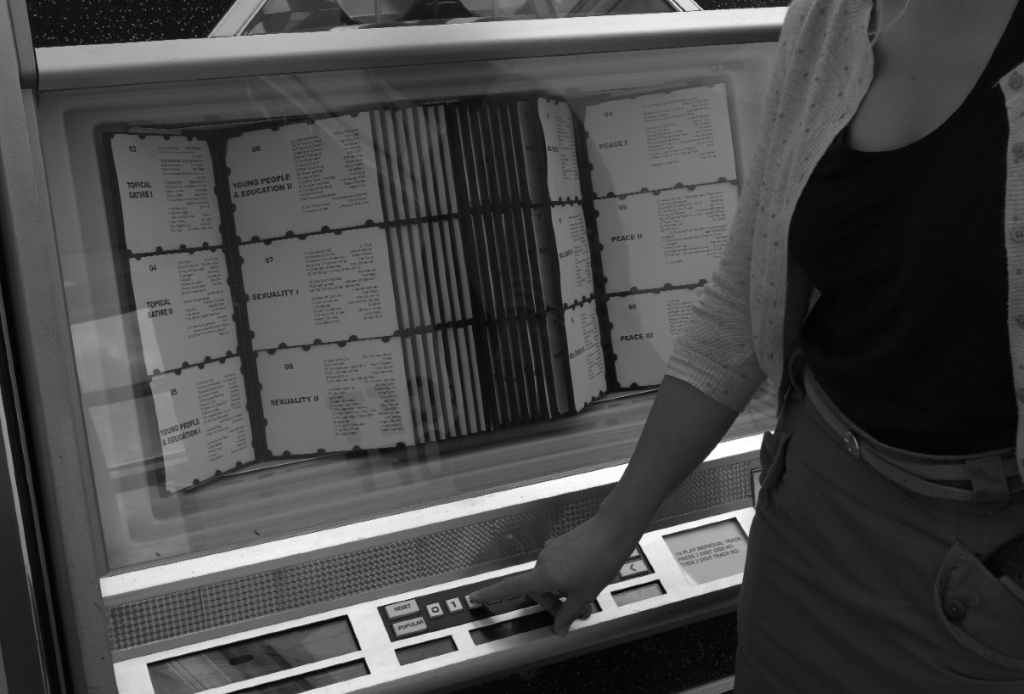 [6] Raunig, Gerald, ‘The Double Criticism of parrhesia: Answering the Question ‘What is a Progressive (Art) Institution?”’, 18 September 2007 http://eipcp.net/transversal/0504/raunig/en/

[10] George Soros, the main founder of the Open Society Foundations that started to emerge throughout Eastern Europe in the early 90s and of their offshoots, such as the Soros Centers for Contemporary Art, is a controversial figure, with an overtly problematic philanthropic image. Beside the intellectual aura owing to Soros’ friendship and obsession with the philosopher, Karl Popper, there are many financial scandals that cast doubt on his philanthropic motives. Interestingly enough, his name appeared in one of Mark Lombardi’s charts of the flow of capital: Mark Lombardi, George W. Bush, Harken Energy, and Jackson Stephens, ca. 1979-90 (5th version).

[12] There is a series from 2004 of ten digital photographs, ‘Legend About the “legen”’ (Mac. bucket) that the artist, Sašo Stanojkoviќ, made on the upper floor of the Museum of Contemporary Art. The photographs show the colourful plastic bucket ‘installation’ that was ‘hosted’ by the museum for almost fifteen years, instead of the collection (reproduced in Contemporary, London, No.70, 2005, 20.) Taking into account the fact that that floods of dirty ‘rivers’ are frequent sights in the museum after each rainy day, some projects exhibited in the museum (such as Mozart’s Boat by Antoni Maznevski, consisting of a 6.5 m wooden boat), sounded like a bad joke.

[13] The fact that the director newly appointed in 2008 comes from the field of theatre management does not inspire much confidence in the quality of future programming, however.

[14] From 10 September to 16 October 1990, a three-months’ local debate was conducted in Skopje between the author of this text and the museum’s curator, Viktorija Vasev-Dimeska. The controversy was triggered by a review written on the occasion of the Second Youth Biennial, curated by Vasev-Dimeska at the Museum of Contemporary Art in Skopje. See Suzana Milevska, ‘The Perfectionism of the Obedient– or why the 2 Youth Biennial looks so classical’, in Republika, 10 September 1990. The text of this review was published in the first independent and privately owned newspaper in Macedonia, Republika. It was envisaged as an attempt to problematise the ideology behind the strictly modernist institutional and cultural policy of the Museum of Contemporary Art, known for continuously neglecting and leaving aside many alternative postmodern artistic practices, such as the performances, public painting actions, installation, and concerts of the members of the Macedonian art group, Zero.

[15] The best example is the project ‘Oskar Hansen’s Museum of Modern Art’, by Hristina Ivanoska and Yane Calovski, which looks at the proposal that this Polish architect submitted to the open competition for a Museum of Contemporary Art in Skopje, instigated by the Polish Government in 1966. This proposal did not win the competition, as it was conceived as a radical, visionary experiment, proposing the use of transformative design. With 12 posters of imagined exhibitions, Ivanoska and Calovski simulated an imaginary programme for the museum that was never realised. See press to exit project space, 28 September 2007 www.presstoexit.org.mk/LectureAndPresentation/HTML_2007/OlafHansen.html

Dr. Suzana Milevska is a theorist of visual art and culture based in Skopje, Macedonia. Currently she teaches art history and theory of visual art at the Faculty of Fine Arts – University Ss. Cyril and Methodius in Skopje. From 2008 – 2010 she taught fine arts and digital arts at the New-York University in Skopje and she taught art history and analysis of styles at the Accademia Italiana Skopje and she was its Dean. From 2006 to 2008, she was the Director of the Center for Visual and Cultural Research at the Social Sciences and Humanities Research Institute “Euro-Balkan” in Skopje and she taught Visual Culture at its research degree M.A. in Gender Studies. She holds a Ph.D. in Visual Cultures from Goldsmiths College in London (2006) where she thought from 2003 to 2005. In 2004, she was a Fulbright Senior Research Scholar in Library of Congress. Her research and curatorial interests include post colonial critique in arts, visual culture, feminism and gender theory. Since 1992 she curates exhibitions, conferences, long-life learning and other participatory projects. She was a member of the Advisory Board at the Contemporary Art Museum in Kumamoto, Japan (2004/2005). Her most recent research and curatorial project The Renaming Machine consists of series exhibitions and conferences discussing the politics of renaming and overwriting memory in art and visual culture (2008-2010). Recently she published her book Gender Difference in the Balkans (Saarbrucken, Germany: VDM Verlag, 2010) and edited The Research Machine (Ljubljana: P.A.R.A.S.I.T.E. Institute, 2010).